As with many areas of the law, the early fines and charges for a first DUI are the most lenient… But that doesn’t mean that they can’t be very painful for you anyway. During your first conviction, when represented by West Hollywood DUI lawyers, the court will probably want to impose a charge somewhere between $390 and, at the high end, $1000. The court could also decide to sentence you to up to two days in prison, take away your license for several months, send you to a DUI school for several months, and even order the installation of a particular ignition device within your vehicle. All of this is just for the first offense, though a West Hollywood attorney can often manage to get some or all of the fine modified to community service. 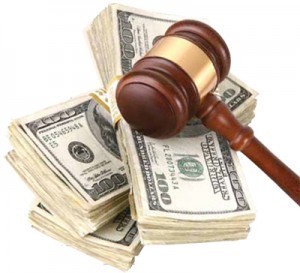 Further costs and charges stack up as the number of DUI convictions increase, making it more important than ever to have good representation by West Hollywood DUI attorneys. For example, a second charge will carry a minimum of four days (or 96 hours) in jail, with a maximum stay of up to a year, not to mention a longer time in DUI school and an increase in the duration that your license will be suspended.

The third charge for a DUI is another significant increase, but the real impact is the fourth charge. At this point, the DUI charge is considered a felony, and you will almost certainly want a West Hollywood DUI Defense Lawyer on your side when you appear before the court.